“To say I survived is not so final as to say, for example, I feel alive. Sometimes we wake up to find that the war survived with us.”

The preceding are compelling words from a military servicewoman who survived not only the frontlines of the Iraqi war but also the violence and distress of sexual abuse at the hands of her commander during her deployment there. 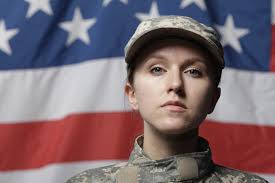 Guest course lecturer Ursula Kelly recently gave a compelling lecture that discussed the myriad ways in which trauma pervades the lives of individuals who have been sexually abused while in the military. A recent report published by the U.S.’s Department of Defense (DoD) underscored the sheer magnitude of military sexual assaults. Since the close of World War II, the DoD has estimated that more than 500,000 active military personnel have been raped or sexually assaulted; many of these individuals continue to suffer from extreme mental health issues resulting from rape or from physical health conditions resulting from their violent experiences. In 2011 alone, the number of reports of sexual assault or harassment surpassed more than 3,000, and the report suggests that it is likely that up to 80% of all victims do not report sexual crimes committed against them, as the conviction rate of perpetrators remains less than 8%.

Prosecution rates of military sexual violence perpetrators remain abhorrently low due to a number of factors. Victim fear of reprisal violence or military discharge, “lost” rape kits, and downright refusal of commanders to forward a sexual-based crime on to their superiors are only a few of the issues that stand between a victim and the justice that he or she seeks. In fact, the majority of all sexual assault cases have died in the office of the victim’s commander, who until recently had all jurisdiction whether or not to push a case forward or to close the investigation completely.

With the making of 2012’s Oscar nominated documentary The Invisible War, military sexual violence has brought out of the shadows and into the public dialogue. The film’s jarring and gut-wrenching depiction of rampant sexual violence in the military blows the whistle on policies related to sexual assault reporting in the U.S. armed forces. The film also uses interviews from a number of survivors of military sexual assault that serve as voices for the hundreds of thousands of men and women who have been silently suffering from such awful breaches of justice and security since the 1960s. The survivors in the film (both male and female) relate the horror inflicted upon them, not only by their perpetrators, but also by a military justice system that fails them. Many of the victims state that the pain they went through with the assault was nothing compared to the challenges that they went through in their attempts to seek justice, proper medical and psychological care for their trauma, and to return to some sort of normalcy in their lives.

It is infuriating to see that young women and men have voluntarily joined the military only to be further conscripted to a violence that persists at a much more personal, haunting level. Often without anyone to confide in, the victim lives in a state of dual fear—fear of the enemy as well as a fear of the familiar. Sexual violence experienced in the military also leads to an increased risk of numerous social and mental health outcomes, including post-traumatic stress disorder, homelessness, unemployment, and substance abuse and drug addiction.

The government’s continued failure to admit to playing a part in the violation of so many servicemen and servicewomen by instead placing those seeking physical or mental health services on long waiting lists—or simply denying their claims forthright—is an extreme denial of medical justice for survivors while also being a systematic denial of human rights. Additionally, learning about the sheer magnitude of sexual assault perpetrated within the U.S. military service brings extra ire to those that continue to denounce the U.S. government’s decision to allow women on the front lines of military conflict. By arguing that men will throw their own safety to the wayside in an attempt to protect women first at all cost to themselves and their mission, the mere notion becomes a slap in the face where intramiltary sexual violence remains endemic.

After viewing The Invisible War in April of last year, Defense Secretary Leon Panetta ordered that the Pentagon ensure that the prosecution of these crimes be bumped up to the handling level of colonel and Navy captain—pulling this authority from frontline commanders who often seek to downplay such incidents and protect the perpetrators, either as a way to protect their friends or their own ranks. It is also now mandated that individuals who allege abuse by a fellow recruit or superior be granted immediate transfer to another company during the investigation and beyond, and Panetta has called for the establishment of special victims units within each branch of the military to document and investigate all sexual assault crimes. Additionally, the “moral waiver” (by which a number of convicted rapists were allowed to enter the military) has recently been overturned by an amendment introduced by California Senator Barbara Boxer that prevents individuals with a sex crime on their record from joining the military.

Panetta’s recent rulings may have targeted some key battles, but with thousands of instances of military sexual violence reported each year and the incidence of sexual violence in the military more than two times higher than that of the civilian population, the war rages on.

For individuals seeking to speak to someone about an instance of military sexual abuse, resources have been made available at https://www.safehelpline.org/ or 877-995-5247. The Invisible War will also make its television debut on PBS affiliates nationwide starting May 13 at 10 PM.